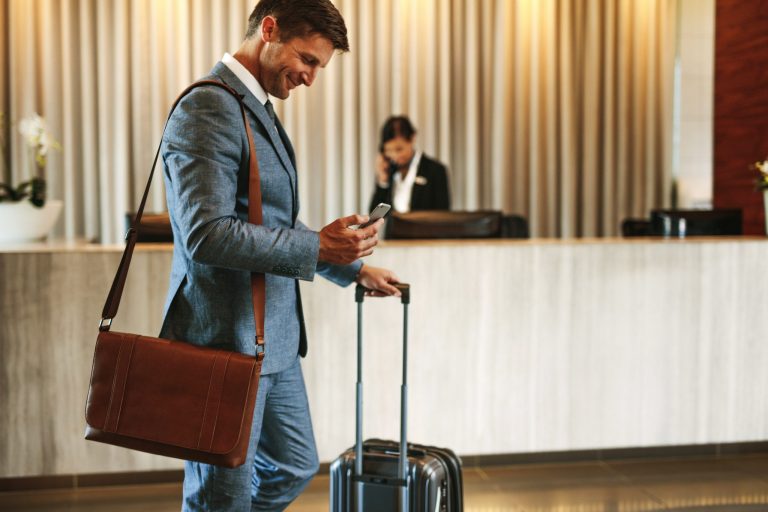 Smart Hotel Locks: A Detailed Look By The Numbers

Smart Hotel Locks: A Detailed Look By The Numbers

Smart hotel locks are quickly gaining popularity among various stakeholders in the hospitality industry due to their ability to improve staff efficiency as well as hotel guest security. Contrarily, traditional lock-and-key systems are rapidly becoming outdated for reasons such as unreliability, lack of security, cost of maintenance, and the list goes on.

A report by Grand View Research shows that as of 2013 there has been a phenomenal growth in the usage of smart locks, possibly caused by increasing security-related concerns in the industry.

From a geographical standpoint, the U.S. and Canada are at the top of the list when it comes to adoption of smart lock technology. In Europe however, leading countries include the U.K. and Germany. In the Asia Pacific region, the countries that top the list include China, India, Japan, and Korea.

The integration of smart keyless lock technology is sweeping across all continents and impacting all industries, including hotels that are rapidly evolving to smart locks in an effort to elevate guest perceptions of the brand.

The Adoption of Hotel Smart Locks

When asked about the adoption of hotel smart locks by Hotel Management magazine, Brian Shedd, VP of Sales and Marketing said “Digital locks make up the largest percentage of lock sales for every major lock company in the hotel vertical. Mobile lock adoption is off and running at a sprint pace but with more than 5 million rooms in the U.S., widespread adoption will take some time”.

Increased smartphone usage is considered to be one of the leading drivers of change from traditional lock & key systems to smart lock technology in the hotel space. Digital locks can utilize Bluetooth connectivity to communicate with mobile devices; hence the direct correlation between smartphone usage and increased adoption of smart locks within the hospitality industry.

Upgrading your hotel to smart locks is not without risk.  The pace of technology gets quicker every year and smart locks are not cheap.  Hoteliers worried about making a large investment in smart locks that lack the features coming out in next years’ locks face an analysis-paralysis that will never end.  The best direction to take may be adding ‘smart’ capability to your existing locks via the OpenKey Universal BLE Upgrade Module until it’s time to replace the lock entirely.

Other concerns may come up due to the smart locks being digital – and the perception that all things digital can be hacked.  The truth is that smart locks from the leading global providers such as Assa Abloy, dormakaba, MIWA and Salto Systems are incredibly secure and offer the safest form of room access available.  You can read more about lock security in one of our previous posts – Are Bluetooth Locks Safe for Your Hotel?

There is no doubt that smart lock technology is having a massive impact in the hotel industry. Hotels are using it to enhance guest security and staff efficiency. But most importantly, their guests are benefiting from an improved stay experience. Smart locks in hotels are here to stay and hoteliers operating with traditional key systems need to evaluate the how and when for their property with respect to this game-changing new technology.

ONE STEP CLOSER TO OPENKEY